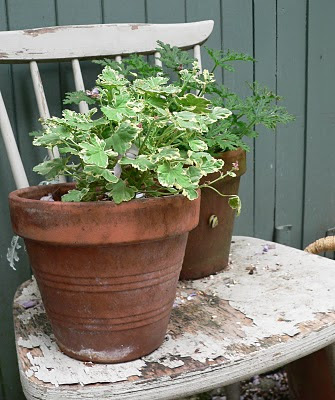 In moments of stillness ... we find opportunities for reflection, random association and creativity.

So says Alan Hall in this article about this radio programme. In it, he speculates that 'with the encroachment of digital technology into every private corner of our lives comes an erosion of a precious capacity to step aside from the hurly burly'. I think he is right. 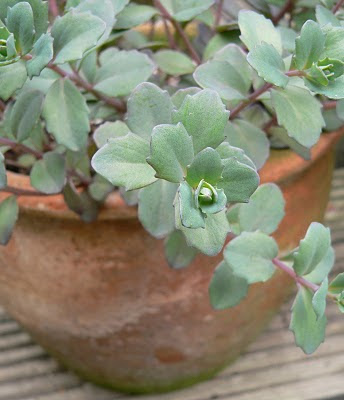 I so totally agree with this. I have an insatiable need for silence, and very rarely turn on the TV or radio, or play music around the house (although I think I should so so more often - I definitely find that good music is a powerful energiser, stimulating me to engage with my creativity and the outside world). For me there is nothing more healing than sitting outside in the cool green garden listening to only the sounds of the birds and the trees. It is where I do my daydreaming and it is a daily necessity. 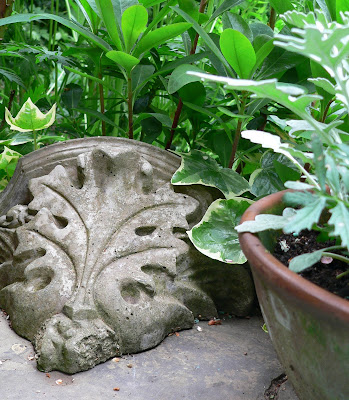 Today by pure chance I found myself totally alone in the house and garden... a rare treat these days... it felt like a gift. 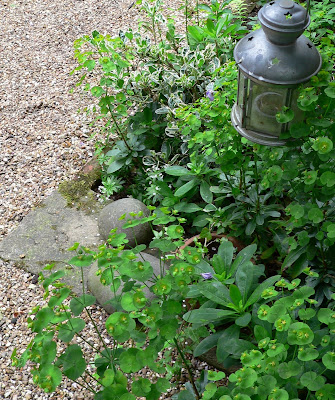 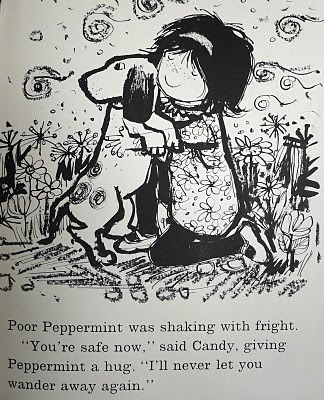 From Candy and the Golden Eagle by Gwyneth Mamlok, London: Nelson, 1965

I have been fascinated by the Lost Man Booker Prize of 1970 since reading about it a few weeks ago on the Gentle Author's blog. The winner was announced yesterday as J.G. Farrell, whose work I'm ashamed to say I don't know, but when I had a look at the longlist I recognised so many of the authors' names I felt a sudden inclination to read - in a leisurely fashion - through the list myself.

Despite being an avid reader from about the time this list was published, my tastes did not at that stage extend much beyond the adventures of Candy and Peppermint (see above), so many if not most of the titles have passed me by. However, several of the authors later became great favourites - Mary Renault, H.E. Bates, Nina Bawden, Susan Hill, and recently, Ruth Rendell - that I felt a curious mixture of nostalgia and expectation when I read through the list of names, and a great desire to immerse myself in the literary culture of a time which seems to me synonymous with a great intellectual and social freedom, and yet still in touch with a golden age that I remember with misty affection.

In the spirit of my reading practises as a child, I have set myself the challenge of acquiring all these titles either from the public library or secondhand, even though many of them will probably be reissued in desirable and glamorous new editions. If there is one thing I remember about 1970, it was a much greater thriftiness and lack of waste - something I could certainly do with reviving...

The Lost Booker Prize of 1970 longlist:

the importance of tea 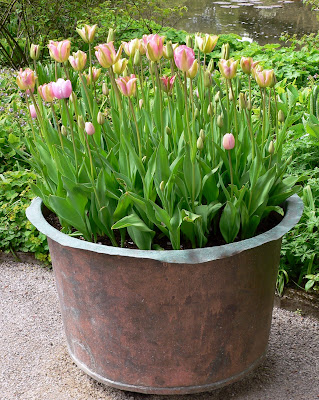 How to be happy when you are miserable. Plant Japanese poppies with cornflowers and mignonette, and bed out the petunias among the sweet peas so that they shall scent each other. See the sweet peas coming up. Drink very good tea out of a thin Worcester cup of a colour between apricot and pink...
Rumer Godden 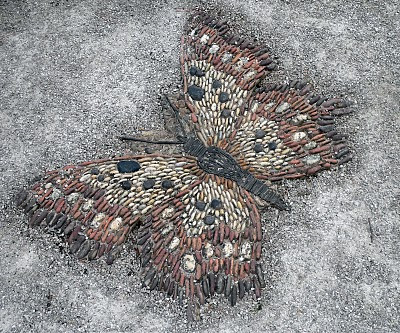 Once again our early summer weather has regressed to early spring and we are shivering by the fire while chilly wet winds buffet the house and garden. This is the fourth year running that this has happened, but I am hopeful that this time it will be shortlived and we will not suffer yet another cold and rainy summer, but instead the sun will come out and warm our bones again. 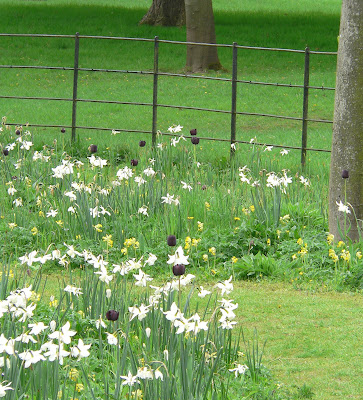 I have kept my promise to myself to spend more time in the garden, and it is looking lush and green and beautiful. May is its best time, with lilac, cherry, hawthorn and viburnum blossom, ferns uncurling from the leafy soil and scented bluebells scattered all over our wooded patch. I have spent lots of time weeding and prettifying and planting lovely new things, but the wonder for me is always in the rustle of the trees, the dappled shade on the ivy, the quiet semi-wild corners. I agree utterly with Monty Don's wife Sarah who is supposed to have said that the most beautiful garden in the world is an English hedgerow. 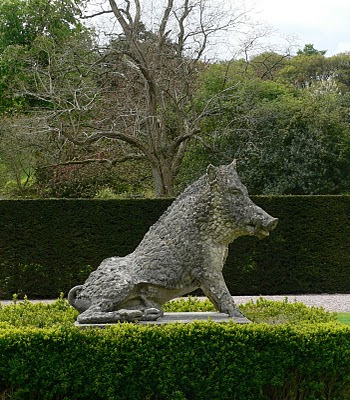 Having said that, we did make some time to visit one of my favourite gardens last weekend, Gresgarth Hall in lovely lovely Lancashire, and I have speckled this post with some of the photos I took. There is always a wonderful plant sale of unusual hardy perennials, and proper afternoon tea and cakes served by church ladies in the mill yard. 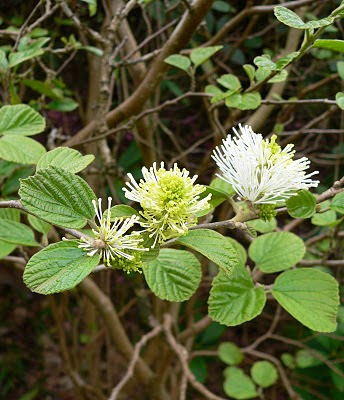 Proper tea and gardens: as Rumer Godden knew, these are the truly sustaining things. As you will see if you have a look at my listography, tea features a LOT. Although I haven't had a lot of time or energy for blogging recently, I have mostly been keeping up with my daily lists, which has been a very positive and life-affirming exercise as well as being extremely healing, eye-opening and instructive. 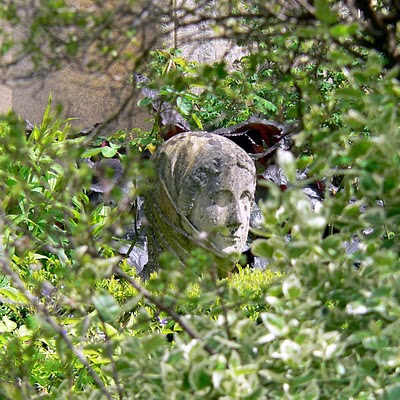 Family life remains full and busy, but in my quiet moments I am dreaming of unbleached linen, red thread, cross stitch, symbols, shapes and meaningful empty space. Hopefully it won't be long before I can show you. 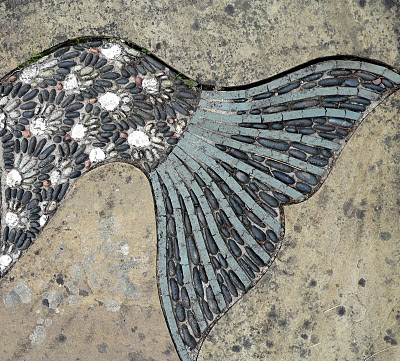 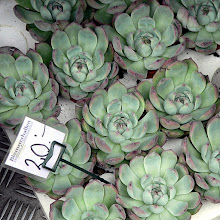 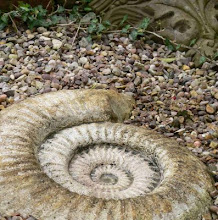 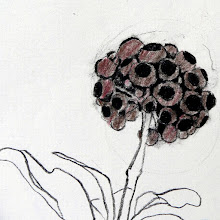 Our blog at Chetham's Library where I work 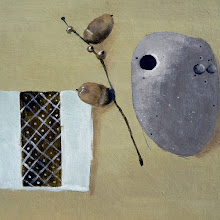 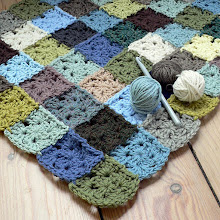 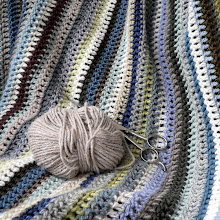 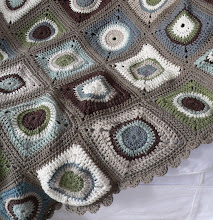 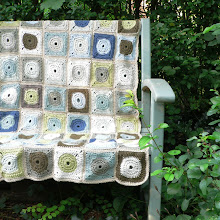 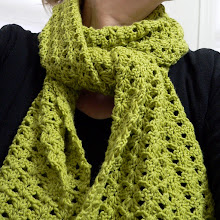